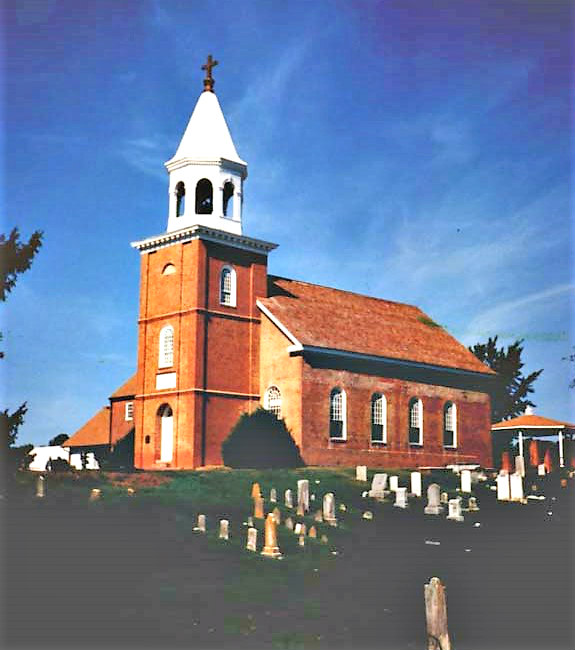 Saint Francis Xavier Church was founded by Father Thomas Mansell, S.J. in 1704. It is one of the earliest Catholic establishments in the English Colonies and is listed on the U.S. National Register of Historic Places.

History of St. Francis Xavier Shrine (Old Bohemia) Years ago, before the age of digital cameras, my husband and I drove around Cecil County, Maryland. We came upon a beautiful church unawares. I was struck by its beauty and took a snapshot with my camera. The photo above is a digital copy of the beautiful moment I captured.

The Old Bohemia Church was built in 1792. The church was established in 1704 to battle the repression of Catholicism in the English Colonies. In 1953, a group formed to renovate and restore the building. To me, the coming together of three such separate denominations is a testament of what Christianity should represent.

In 1953, the Old Bohemia Historical Society was formed by a Catholic, a Quaker and a Methodist who purchased the property’s core 120 acres with the goal to restore and maintain the historic site. Since that time, members have worked to bring the property back to its original state.

The month of October for me was a month without church. Between vacation and a dental surgery I missed every Sunday at my place of worship. This past weekend I was once again worshipping with the members in our church. When we entered we were greeted with the sight of almost every seat taken in the sanctuary. Hallelujah, what a blessed sight. We made our way to the balcony where there was still room, and I said to my husband, ‘It’s a full house today.’ When I left I felt uplifted and full of joy…I had been where I belonged on Sunday morning…in God’s house.

Yesterday I visited the blog ‘Tales From the Mama Duck.’ She perfectly put into words exactly how I felt on Sunday about the restorative power of church attendance. Here’s a quote and a link to her amazing post. ‘I Didn’t Want to Leave Church on Sunday.’

“Church is not a social gathering for me. Sure, it provides fellowship, but more intimate relationships are experienced in small groups. Church service is restorative. After six days in the world, I need a reprieve from the depravity, the images, the diseases, disappointments, and this Babylonian culture.” ~ Tales From Mama Duck

“He restoreth my soul: he leadeth me in the paths of righteousness for his name’s sake.” ~ Psalm 23:3 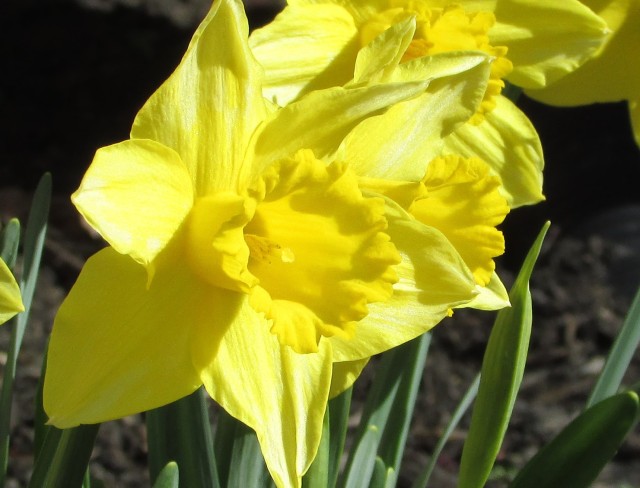 Daffodils trumpet out Spring, these two pointing in the direction of the sun are a ‘Good Match,” and perfect for this week’s WordPress Photo Challenge. 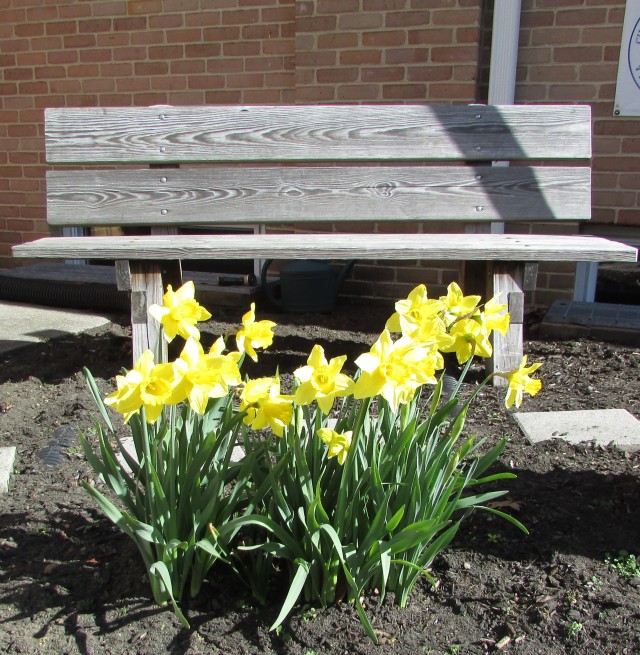 The patch of daffodils is blooming in the gardens of The Church of the Good Shepherd, a local Episcopal church in my community. I appreciate the bench they have included in their garden for contemplation and prayer.

Today the lyrics of the hymn, ‘God Leads His Dear Children Along,’ came to my mind when I sat down to write a blog post. The hymn is based on two Bible verses…

“The gatekeeper opens the gate for him, and the sheep listen to his voice. He calls his own sheep by name and leads them out.” ~ John 10:3

“He refreshes my soul. He guides me along the right paths for his name’s sake.” ~ Psalm 23:3

I’m including a small portion of the lyrics of this hymn, written by George A. Young in 1903, and a beautiful rendition of a Mennonite Church congregation singing the song. I chose this video out of several because it made me feel I was part of the congregational singing. 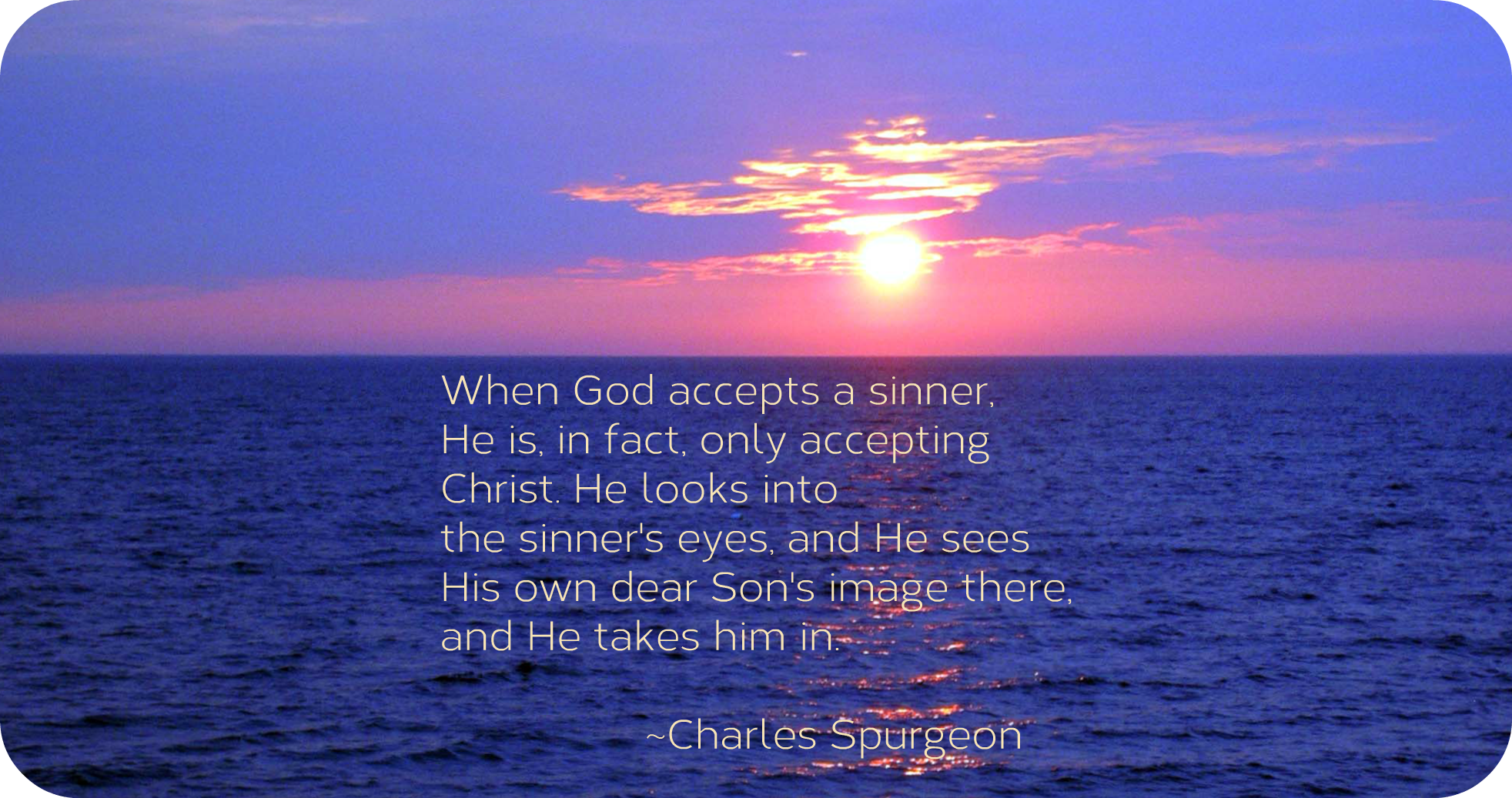