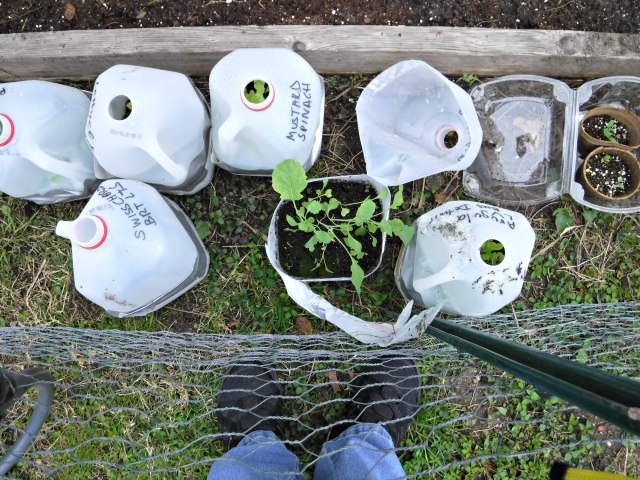 My winter sown vegetables are ready to plant. They have done well, developing good root systems as they slowly sprouted and grew. They do not need to be hardened off before planting as they have grown in cold temperatures since day one.

The plants look small, but they will quickly grow in the loose soil of the Square Foot Garden. In a week or two they will double, maybe triple in size.  Planted this week are Arugula, Bread-seed Poppies, Milkweed, Mesclun lettuce, Black-seeded Simpson lettuce, Prize-head lettuce, Giant Spinach, Swiss Chard, Kale, and several varieties of beets. I will also be sowing many of the same seeds directly into the soil for later harvests.

One problem I did have was a batch of arugula and mustard spinach had already begun to develop buds in the recent warm temperatures. I discarded these as they would have had a bitter flavor once they flowered.

"For physical training is of some value, but godliness has value for all things, holding promise for both the present life and the life to come."
~ I Timothy 4:8