Salt Dough Snowmen are easy to craft. We spent two dollars at the dollar store and purchased a three pair pack of colorful girl’s socks and a microfiber towel that matched the color of the socks. The materials we used at home probably added up to about another two dollars.

The salt dough is so easy to mix up…knead it in a ziptop bag and slowly dry in a low temperature oven. The salt-dough can be used to make Christmas ornaments and other holiday gifts too. 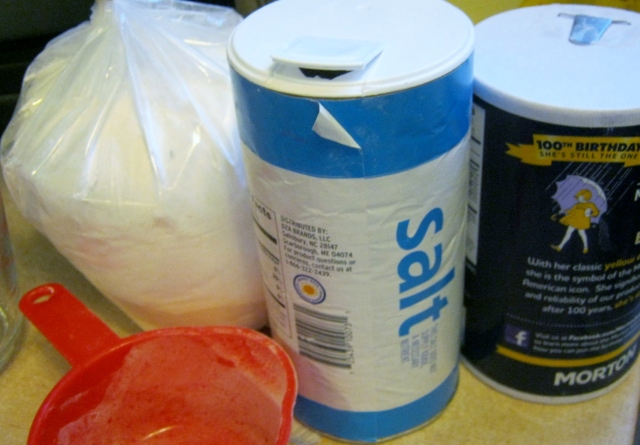 Mix all ingredients in a large bowl. Place the dough in ziplock bag and knead until smooth. Could also be kneaded on a board or countertop with no problem. A ziplock bag is recommended because it keeps the dough, counter and your hands very clean.
(We doubled the recipe to make three good-sized snowmen) 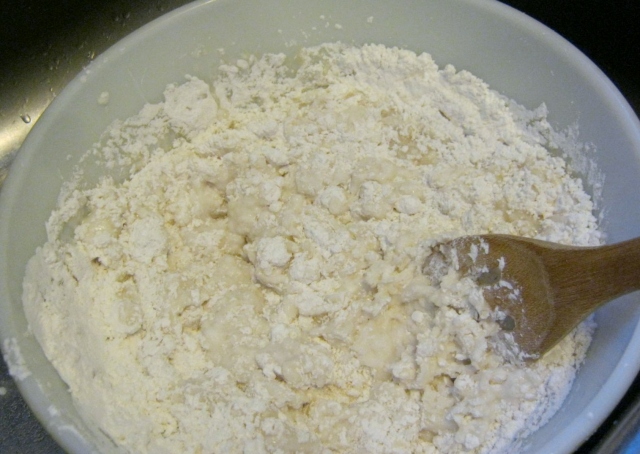 After the dough is kneaded, take out of the ziplock bag and form into three smooth balls. They should be graduated in size, just like a snowman made out of snow. 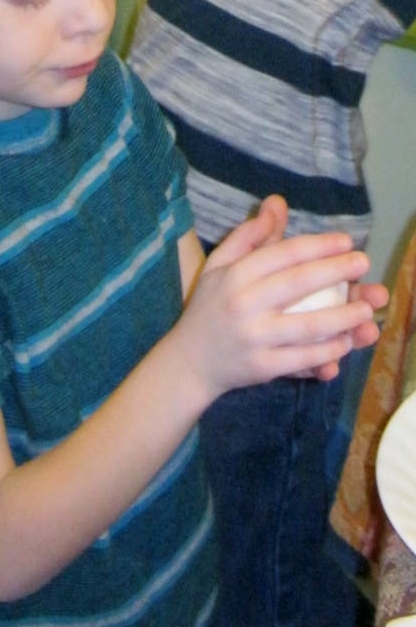 Have a plate handy to set them upon as they are formed. 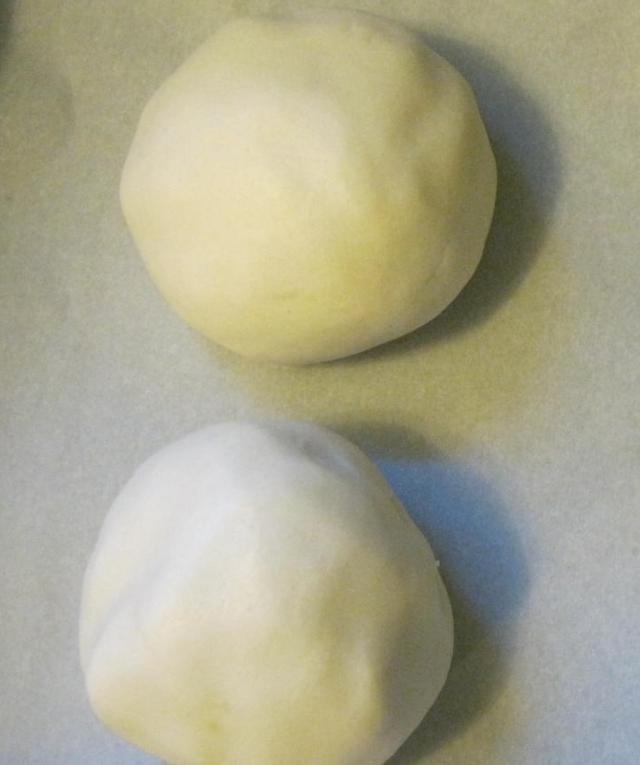 Place them together in a snowman shape to make sure they sit well. Cover a cookie sheet or flat pan with parchment paper or foil. Take the snowmen apart once more and bake them in a 180 degree oven until they are hard. Ours took about three hours. I checked them constantly for browning. You don’t want any browning to mar the off white color. I also turned them several times as they dried out.

When they are hard to the touch let them cool. Glue the pieces together. We used a glue gun which did not hold after a few hours. Tacky glue is a better choice.

I made a mistake at this point and added the features with permanent felt-tipped pen before brushing on Mod-podge. (Mod-Podge is the name of a waterproofing glaze, we used the glossy variety.) The foam brush I used smeared a bit of the ink, even though it is supposed to be permanent. I reapplied the eyes after the Mod-Podge dried. I had no problem adding it at this point. Much better to draw the features on after the glaze is applied. (Glaze is a good protection, not sure how well the snowmen would hold up without it.) You also could use acrylic paint to create features. This would add at least a half hour to completion time for drying.

The salt dough is still a bit pliable at this point. We were able to push small branches into their torsos to create arms. Small buttons were added and a toothpick was colored orange and pushed into the face as a nose. 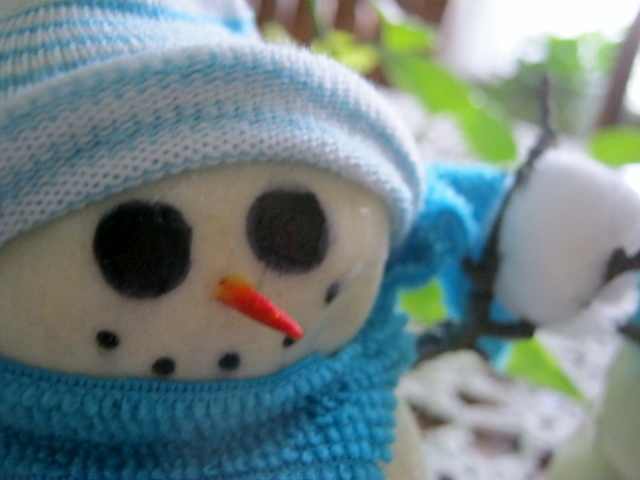 We cut the top of the socks off, rolled up a brim, and placed them on the heads of the snowmen as hats. We added pompoms to the top of one. The hats were a little ornery to get on…they kept popping off until somehow they gripped and stayed in place. We cut the microfiber towel into long strands and used these as scarves. We were so very happy with the way our sweet snowmen turned out.

The boys were able to form the snowmen, but an adult or older child might need to draw the features as was the case with ours.