Praise God, from whom all blessings flow;
Praise Him, all creatures here below;
Praise Him above, ye heav’nly host;
Praise Father, Son, and Holy Ghost.
Amen.

God bless you, and yours, on this Thanksgiving Day.

“Prayer does not equip us for greater works— prayer is the greater work” The Key of the Greater Work: Oswald Chambers I give to you every burden I carry in my heart this day, and have faith as I leave them upon your altar, all will be well. In each moment and circumstance, help me remember to give thanks for the blessings you have given to me and my family. Thank you for this life, and best of all, salvation and the promise of eternal life with you in your Kingdom. I think of heaven and dwell for a moment in a flood of pure joy, much like the waves washing over me when I am within the ocean. Sometimes your Spirit is a powerful surge, other moments a gentle touch of purest love, but always Lord, your love moves me, and reaches the inner recesses of my spirit. Hallelujah! What a Savior, what a friend…always…and forever…and like the song…Amen!

The inside of an Iris always reminds me of a cathedral with stained glass ceilings and windows. How can I not praise the Creator when I gaze upon his wonders? This is my Father’s World.

“Every time we pray our horizon is altered, 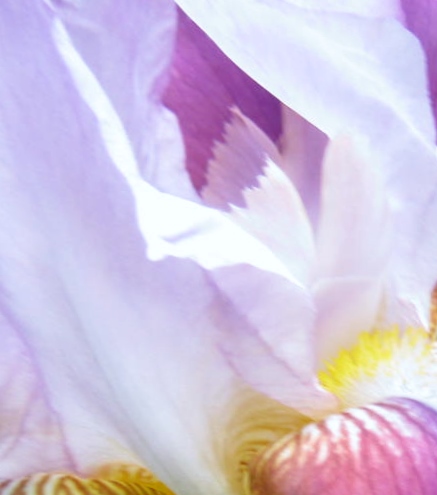 our attitude to things is altered 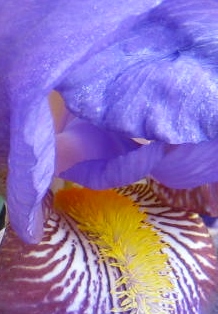 not sometimes but every time,

and the amazing thing is

that we don’t pray more.”

I love this beautiful Samoan hymn. Take a moment and listen to the timeless words and melody. This song is a wonderful reminder that the world is filled with those who love the Lord. They are all our brothers and sisters in Christ Jesus.

I try to take a moment or two daily to write down what I call a “Hallelujah” prayer to the Lord. I don’t think the Lord would mind me sharing here what spilled out of me yesterday in the face of the escalating evil against Christians and others who don’t follow the plans of radical ideologies and governments.

“The times we are living in are deteriorating into a horror show…and no one seems to know how to turn away from the spectacle of what is unfolding and do something about it. But what is to be done?”

We all need to pray DAILY for what is happening to our brothers and sisters in Christ. I keep asking my husband, ‘Why aren’t those in leadership calling on all of us for prayer every day?’ If, like me, you feel a sense of futility in regards to the current condition of our world, reach out to the Lord Jesus in your need. Your need is a bridge that will bring you to Him. People everywhere, we all must PRAY about what is happening to these innocents.

You have searched me, Lord,
and you know me.
You know when I sit and when I rise;
you perceive my thoughts from afar.
You discern my going out and my lying down;
you are familiar with all my ways.
~ Psalm 139:1-3

“Therefore, confess your sins to one another and pray for one another, that you may be healed. The prayer of a righteous person has great power as it is working.” James 5:16

I recently participated in “The Prayer Flag Project” by creating a prayer flag.

“In June of 2011, Vivika Hansen DeNegre started The Prayer Flag Project. She invited people from around the world to to join her in making Prayer Flags. Each flag is created in the artists own style, then hung outside for a while, its words and sentiment dissolving into the wind and being spread to all whom the wind touches. They are a living, breathing, kinetic journal of our hopes, dreams and concerns. The Prayer Flag Project… Join us if you’d like.”

The theme: Create a flag that incorporates “Images of leaping humans (think leap of faith), and of course maps and lettering.” My flag, and the flags of others, can be viewed by clicking on the button at the top of this post.

My initial flag was created with pressed flowers on Mulberry paper. It turned out lovely, but I realized it was too fragile to send through the mail, and most likely would not hold up being sewn to binding along the top. Here’s a peek at the finished flag.

Pressed Flower Tip: Hydrangeas are a good pressed flower candidate. The hard round center must be removed before pressing. Press without heat in between non-shiny pages.Lichens can be pressed flat in books. Seaweed can be dried and pressed between pages. Wildflower and tree foliage presses beautifully. 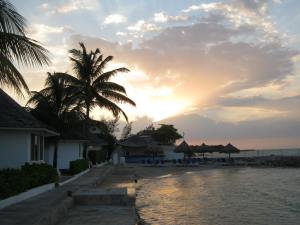 Today, before the morning had barely begun, I felt overwhelmingly stressed by circumstances completely out of my control…saying goodbye to a beloved member of our family…but suddenly a sense of beautiful peace descended upon me, and I knew, without a doubt, that somewhere, someone was at that very moment praying for me. It is a reminder to me to pray even more for others. God bless you all.

This is my cat Rusty. This is my cat Rusty…HIDING…in what he considers a very safe spot.  He knows he can make a quick getaway under the bed’s dust ruffle. Why is Rusty hiding? Well, Rusty hides at the first sign of visitors or something going awry, and my, oh my, did things go awry a week or two ago. 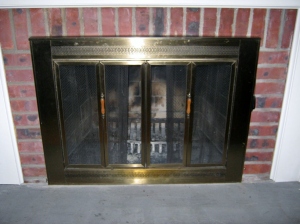 The first sign of trouble was a noise that sounded animal-like coming from the chimney. Both Rusty and I noticed the small muffled squeak.  Rusty stared in the direction of the fireplace, and I mentioned the sound to my husband, who gave his usual reply of, “It’s nothing.” Okay, I conceded, I wasn’t sure I really heard anything anyway. I forgot all about it. The next afternoon I had a rude reminder on the return from a beach outing. I opened the front door and instantly was assaulted by the image of a bat flying around my dining room. According to my husband, I backed out of the door saying, “Oh, oh, oh…”

Funny…fleetingly, the old 1960’s symbol of the show Batman was the first thought that crossed my mind. The bat, illuminated against the yellow-green walls of the dining room exactly resembled the “bat signal” as it flew. I expected Adam West and Burt Ward to show up. (I’m giving away my age.) The next thought was, “Get out of here…NOW!” I did. That was mistake number two. By the time I convinced my husband I saw a bat, the creature had disappeared somewhere in the house.

We both walked around the house, with a broomstick, thumping on walls and near pictures. I still don’t think Joe really believed I had seen a bat. The bat was nowhere. (Rusty had retreated to his safe spot and was no help at all) After several minutes of this we still had no idea what to do. I began to pray that God would help us find the bat. Suddenly, the bat made another appearance and began swooping around the house. It really did seem attracted to our heads, especially mine, I wonder if it is because they are guided by sound. A swooping bat is not a sight or sound for the fainthearted.

I really did not want to kill it. I felt a bit sorry for it. Joe didn’t feel the same. He had the broom and swung it as the bat flew near his head. I had a bucket at the ready to scoop up the unfortunate broom-swatted bat. It flew so quickly, and was so efficient at dodging the broom bristles by flying near our heads, that knocking it down before it touched or bit one of us seemed hopeless. I began praying and held the bucket up near my head. Praise God for a miracle and an answer to prayer, the bat suddenly flew smack into the bucket I was holding up, and became tangled in the work gloves at the bottom. “I’ve got it!” I yelped. We both ran outside and pushed the bucket over on the grass and the winged marauder flew away. 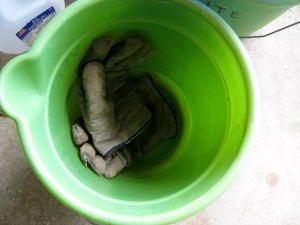 It was risky letting it go. I know that now after reading articles about bats getting caught indoors. Bats do carry rabies, but it is rare. You run more of a risk of getting rabies from a racoon or skunk or stray pet. I don’t think it was sick, I just think it was an unlucky bat, flying around at night, minding his own business, who somehow flew into a chimney and spent hours wiggling out through a crack in the fireplace screen.

God answers prayer, yes he does! Sometimes you need to wait for the answer, but sometimes, he is very, very fast. Amen!